Holotropic breathing is the holistic breathing in and out in a rapid rhythm that leads to hyperventilation. This often leads to psychedelic experiences, which can heal the practitioner of mental illness by acting out repressed emotions(catharsis).

Holotropic breathing was made famous by Stanislav Grof, a double doctor and specialist, who considered holotropic breathing to be part of transpersonal psychology, which deals with the perception of mental states outside of normal waking consciousness.

What holotropic breathing has done for myself, you will learn at the end of the article.

How does holotropic breathing work? The instruction

Although the effect can be enormous, very little is needed for holotropic breathing.

To do this, the practitioners lie down on a mattress in a supine position and cover themselves with a blanket. Next, in the rhythm of the evocative music, they quickly inhale and exhale deeply for about 2 - 4 hours.

It is important not to set a fixed time frame and to trust in its "organic" healing, because trauma can be intensified if the abortion is too early and unexpected.

You should not fall asleep or forget to breathe (in through the nose and out through the mouth), which can be quite hard and therefore should not be underestimated.

If you are doing holotropic breathing with a companion in a group under guidance, this should not be a problem, as the companion can quickly see if you need a reminder to breathe.

It is said that the effects of holotropic breathing are stronger in a large group, as the holotropic field of the collective subconscious thus spreads better over the practitioner and negative legacies can be dealt with much more effectively.

As a good example, one can metaphorically imagine a dam with a small brittle spot. The person from the group who then has the first small "breakthrough", so to speak, represents this place. This can make it easier for the other group members to completely surrender to the process, so that the dam breaks completely and all participants come into the Transpersonal state through this kind of "herd instinct".

Another task of the companion or trip sitter is to calm you down if you become tense or encounter a trauma.

After about one hour you will slowly return from your trip. You should no longer have any negative feelings and emotions, but only a feeling of lightness, relaxation and changed consciousness.

Through this kind of breathing you can get really high

During hyperventilation, more Co2 is exhaled, which shifts the Co2 calcium ratio in the body towards more calcium, which can cause the body to tingle.

During hyperventilation, more Co2 is exhaled, which shifts the Co2 calcium ratio in the body towards more calcium, which can cause the body to tingle.

However, less C02 also means less blood flow, which leads to poorer blood flow in the cerebrum. The reduced cerebral activity can lead to a further opening of the thalamic filter (gateway to consciousness).

Hyperventilation can also increase the DMT (a hallucinogen) level in the brain.

However, one of the greatest effects is the regulating effect on the nervous system.

In fact, everything is a threat for this person, which he meets with constant tension and cannot find peace.

Holotropic breathing, on the other hand, balances the sympathetic and parasympathetic nervous systems by confronting the inner unresolved emotions. The practitioner becomes more balanced, the stress level decreases, the organs work properly again and sleep improves.

In short, the vagus nerve can once again better innervate the internal organs.

Not every participant is suitable for this method.

► Because of the high intensity, people with an unstable psyche are advised not to use holotropic breathing. Complications can occur in epileptics, asthmatics, people with cardiovascular problems or with glaucoma.

► This method should be avoided especially in the case of dissociative disorders, or emotionally unstable personalities, severe trauma patients.

Breath work with these disturbances should only be done by experienced psychotherapists in the context of a clinical group setting that provides strong support.

► People with anxiety disorders and panic attacks in particular tend to take shallow breaths with associated panting, which can increase panic.

From the point of view of the users, however, symptoms of panic are seen as "positive transformative concomitants" of holotropic breathing.

► Holotropic breathing should not be performed in schizophrenia or pregnancy

Dr. Stanislav Grof's view, however, was always to fully engage in the process and to rely on one's own psychic healing powers, as these always ultimately prevail in this natural process.

I have been studying holotropic breathing for years, but unfortunately I could not really discover the healing effect for myself.

Today I know that something was blocking me, because I always got such an unpleasant tingling in my nose that I had to sneeze as soon as the mind-altering moment occurred.

This time, I tried again, and even though not in a guided group and with Trippsitter, I have had a distinctly mind-altering experience that continues to this day.

Although it was not as intense an experience as described in other reports, I had the necessary setting with group, accompaniment and evocative music.

I am sharing my report with you here, as you can see the effectiveness of light bumpy breathing.

With me it was like that, after the first few deep fast breaths I felt somehow bad, but "that's part of it" I thought to myself and breathed deeper into this feeling, after the first 2-3 minutes I already felt slightly dizzy and the middle of my palms (hand chakra?) as well as feet started to tingle so strongly that I actually wanted to stop, but I kept on going.

I had no visions, but a feeling of positive change in my own force field. It felt like positive energizing energy that I inhaled and negative destructive energy that I exhaled.

I feel much more in flow now and everything seems to be lighter and more relaxed, because until then I had several trigger points (muscle hardenings) in every bigger muscle, which I tried to "push out" through massage almost every day. I had progress and many points came loose, but not all of them, because my sympathetic nervous system was too active.

After 2-3 breathing sessions and further accompanying massage I effectively have none of these points anymore, which absolutely speaks for the balancing benefits of holotropic breathing! 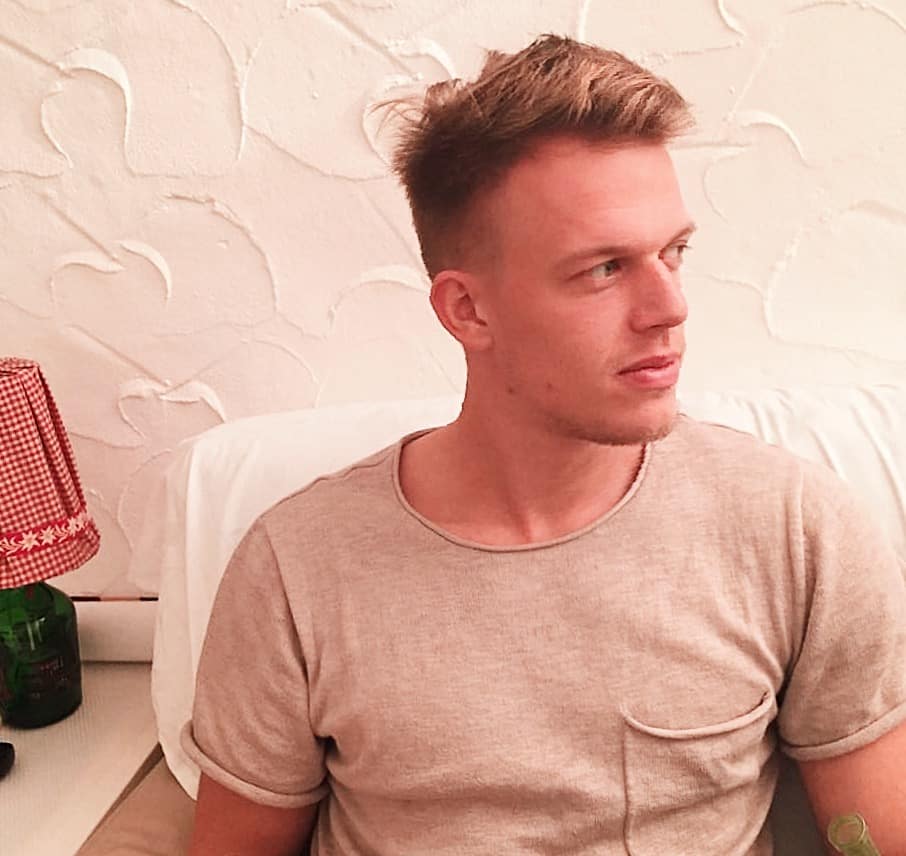 Marvin is a health expert in holistic therapy for empowering self-healing. With his deep understanding of the biochemical processes in the human body necessary for healing, he reads health articles on Vital Generation Correction and writes new articles himself on topics such as rejuvenation, self-healing, sleep and the nervous system. He is in close contact with other doctors, scientists and editors of cutting-edge health topics presented to over 60,000 visitors a month on Vital Generation.